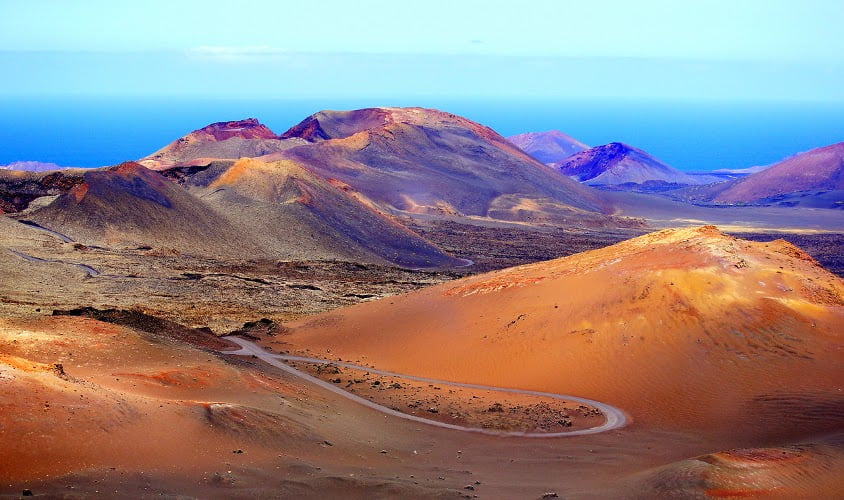 Lanzarote is the fourth largest of the Canary Islands and is located closest to the coast of West Africa.
It is probably best known for its awe inspiring volcanic terrain, which was created by enormous eruptions during the 1730´s and again in the 1820´s. Which resulted in about one quarter of Lanzarote´s total land surface being covered in thick carpet of black lava. Today this region, the Timanfaya National Park, is the islands most popular tourist attraction, as tourist flock here to view the lunar landscapes and burnt out volcanic peaks.
Fortunately all of these volcanoes are now dormant and Lanzarote also boasts a wide array of other natural wonders. Such as the verdant Valley of 1000 Palms, located in the north of the island, which is the perfect antidote to the dry and arid south. Here locals have been planting a Canarian palm tree for every newborn child in the village of Haria, which nestles on the Valley floor. Creating a massive oasis of giant palms which is one of Lanzarote´s many ‘must-sees’.

Elsewhere the influence of the famous local artist César Manrique is inescapable. Not least as he designed and developed all of the most popular attractions on the island, such as the Mirador del Rio, the Cactus Garden and the Jameos del Agua. As well as discerning the optimum route for tourists to follow through the Timanfaya National Park. Beach lovers will also adore Lanzarote as there are around 100 superb stretches of sand for them to explore. Some of which, such as Famara on the rugged North West coast and Papagayo close to Playa Blanca in the south are right up there with the very best beaches in the Canaries. The availability of budget flights to the island has made Lanzarote increasingly popular with independent tourists, as well as package holidaymakers. And as a result demand for self catering Lanzarote villas and apartments has grown enormously over the last ten years. 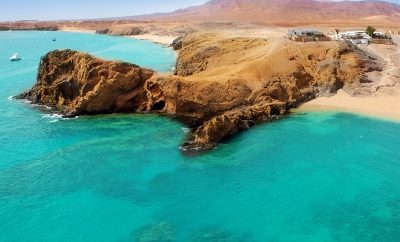 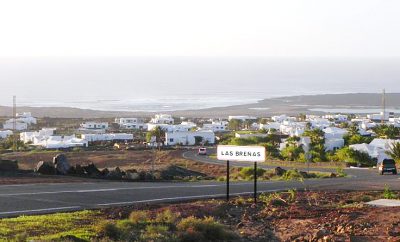 Las Breñas
Las Breñas is located in the foothills of the ‘Los Ajaches’ mountain range, with a privileged ocean view, Playa Janubio ...
Apr 21, 2015 , 0